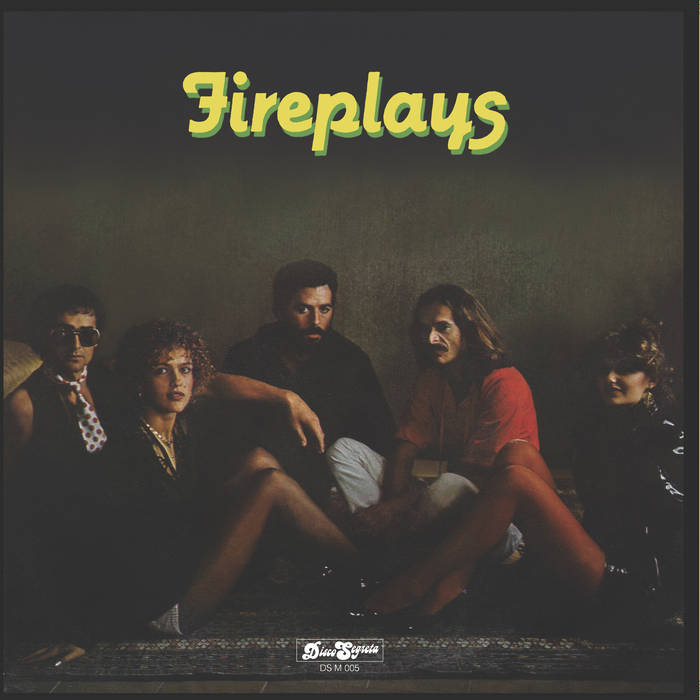 Fireplays (also spelled “Fireplais” on second single) was the moniker chosen in 1981 by italian producer Franco Pagliaccia for an instant-band project composed by him and a few other musicians. Original idea was to tune in with the “dance” era, with a band that could sing either in German, Italian or English.
The discography of the band was of only two 45 singles being released. The first ,“Allein” b/w “Hormone”, is their first, and the only one, sporting both tracks sung in an exotic southern accent German. Their following and last 7”, “Lisa” b/w “Get Away” was sung in english.
Unfortunately, the “Allein” 45, after a short promotional stage, ended up never been officially distributed, while the second release “Lisa” was only included in the promo distribution channels, but ended up never being commercially released, giving a no-go sign to the future of the band, as of today still surrounded by an aura of mystery.

“Allein” b/w “Hormone” was released in mid-1982, and as can be clearly heard, both tracks clearly show the mutation disco as a genre started having at the very beginning of the 80s, in Europe too: a blend of electro, along with new-wavish elements and some classic era-blueprint sonic elements: synth driven melodies, filtered vocodered choruses, pads, swirling cosmic sounds, cowbells, all topped by a powerful male voice that will give genuine connoisseurs an exact era Zeitgeist, along with assured goosebumps.

To celebrate the very first ever 12” – officially licensed and fully remastered - release of Fireplays, and stay on topic, two brutal bonus tracks made by two German DJs-producers are added on this: “Hormone” in the Tom Bolas club-friendly extension, and the “Singlemann Replay” remix of “Allein” made by Tiney.

Bandcamp Daily  your guide to the world of Bandcamp